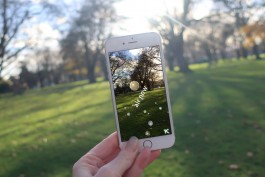 The critical events of climate turn into possible futures.

Although invisible to the human eye, atmospheric aerosol particles have a profound impact on the world around us, from air quality to the climate system itself. The complex interactions of these particles in the atmosphere play a crucial role in the research of climate change because their influence on the Earth’s climate sensitivity still remains partially obscure. Aerosols are the hyperflux of global warming because of these uncertain effects on cloud formation and radiative forcing. In Kairos², they are the known unknown of the future.

Through the use of augmented reality, Kairos² translates atmospheric motion into moving colours, shapes and sounds, momentarily giving form to a vital part of our world. Aerosol particles are highly variable, both temporally and spatially. Their diverse configurations determine the unrepeatable changing experience of interactive technology. The view relayed through the app is powered by real-time scientific data measured from the atmosphere at climate research station coordinated by INAR.

When dealing with the invisible, transparent or unknown, the ‘present moment’ becomes a means in itself to begin to understand the continuous process of climate, and through Kairos², to forge one’s own relationship to it.

Sound in collaboration with Tapio Viitasaari 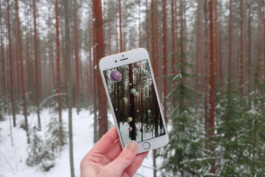 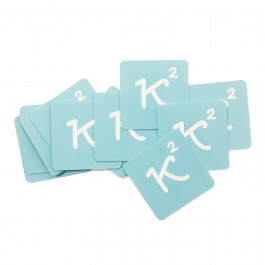 Kairos²  at Titanik Gallery as part of #climatetender, May 2019. Event information here

Kairos²  at Mansions of the Future as part of Celsius programme, September 2020. Event information here