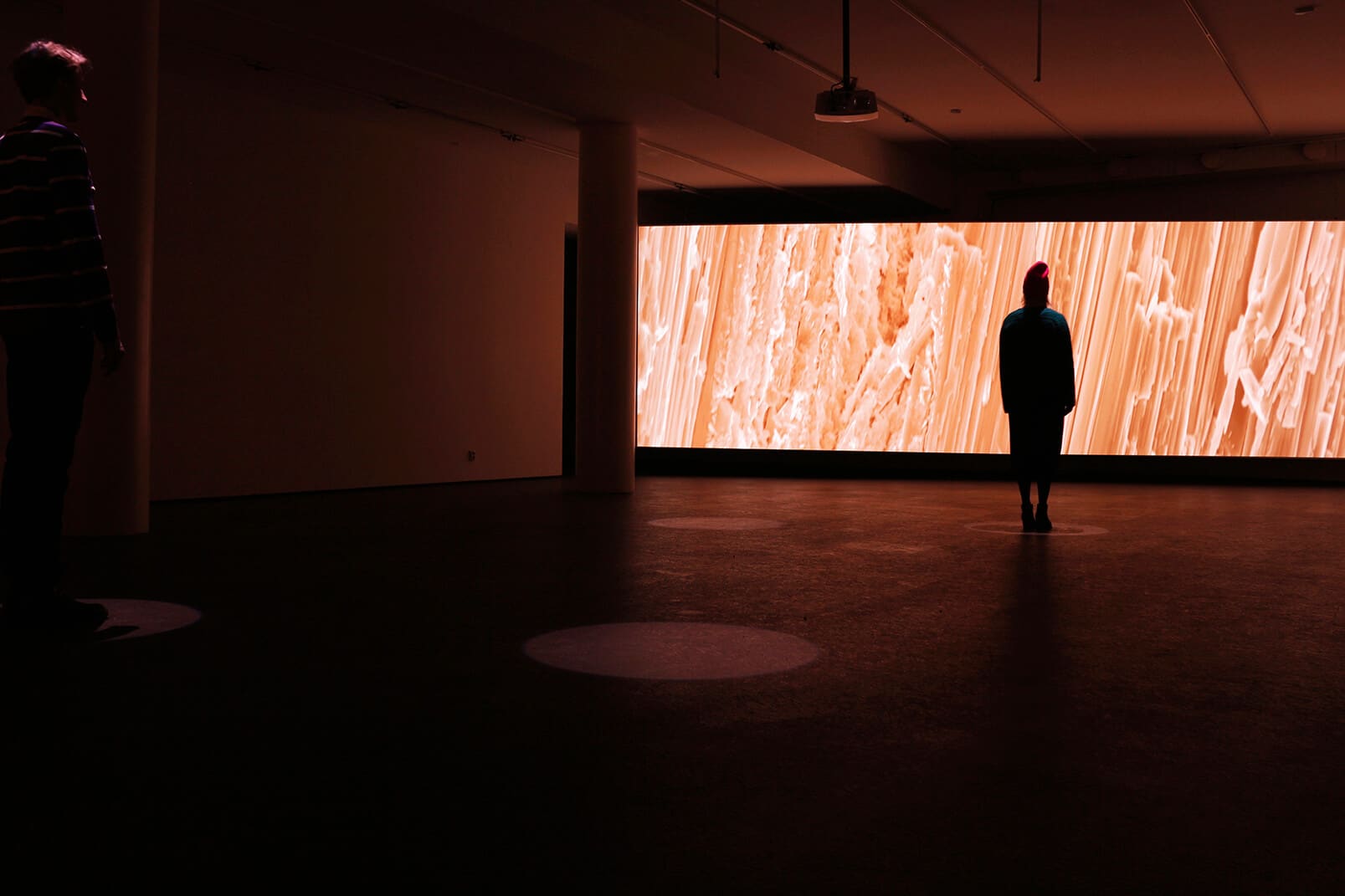 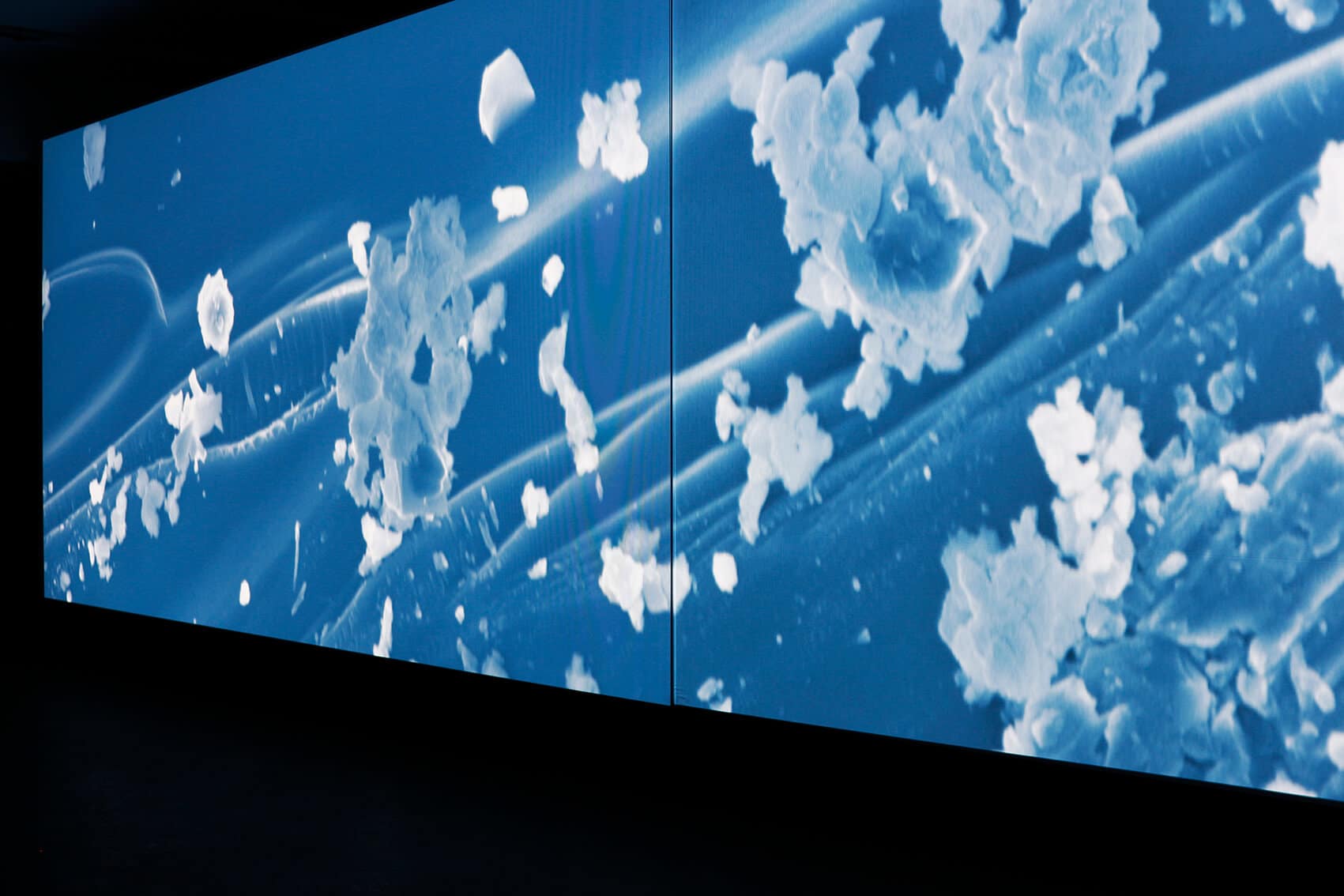 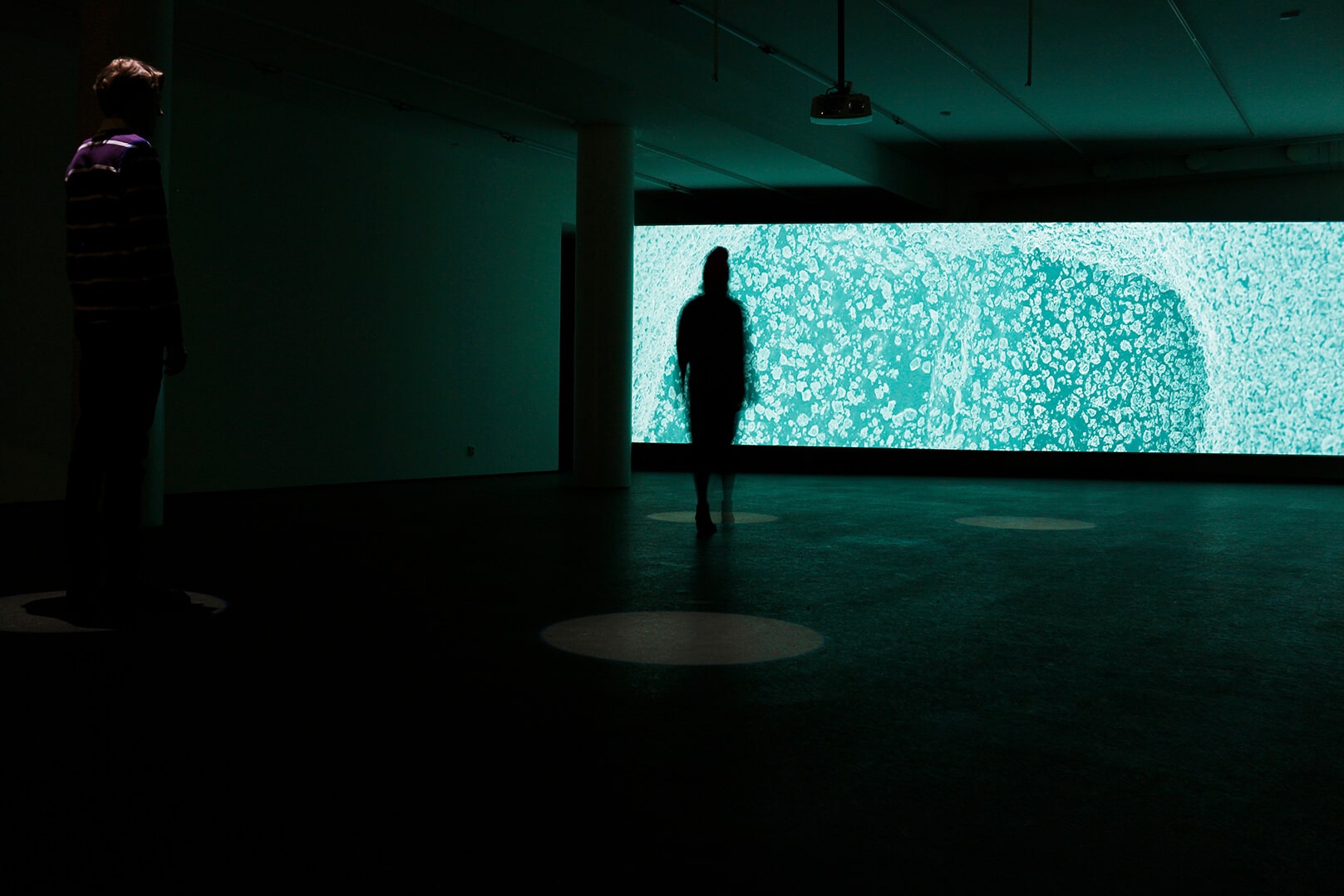 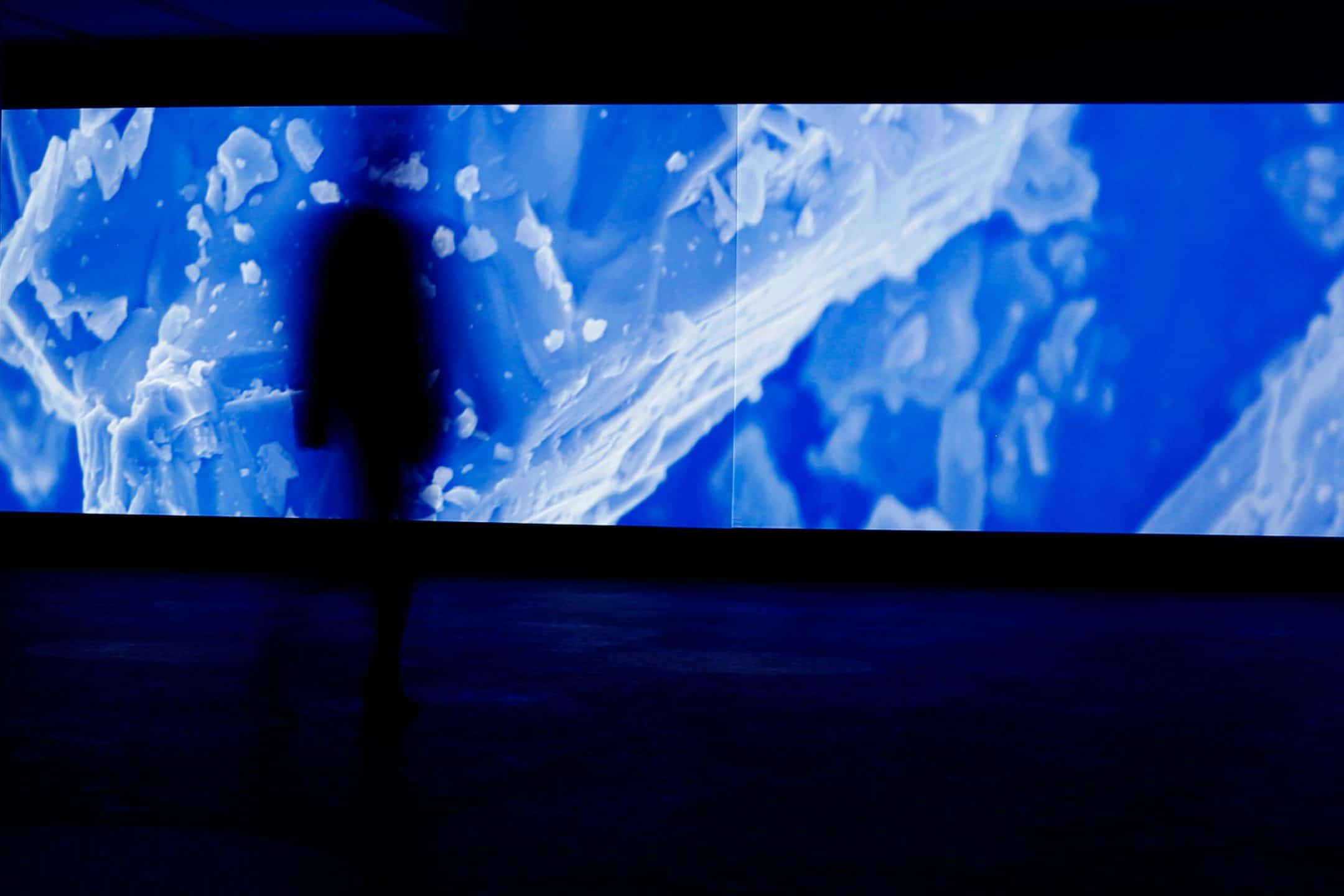 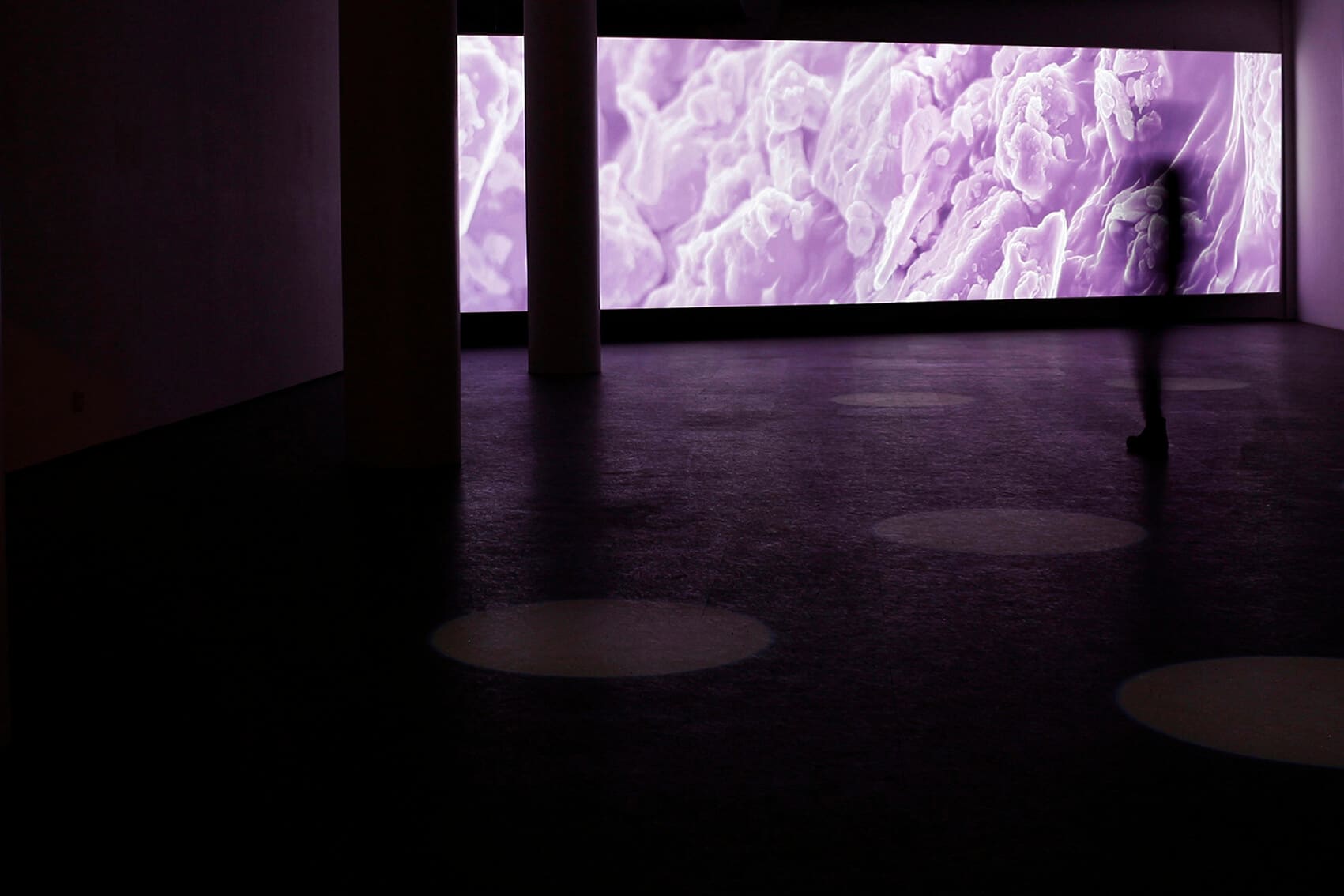 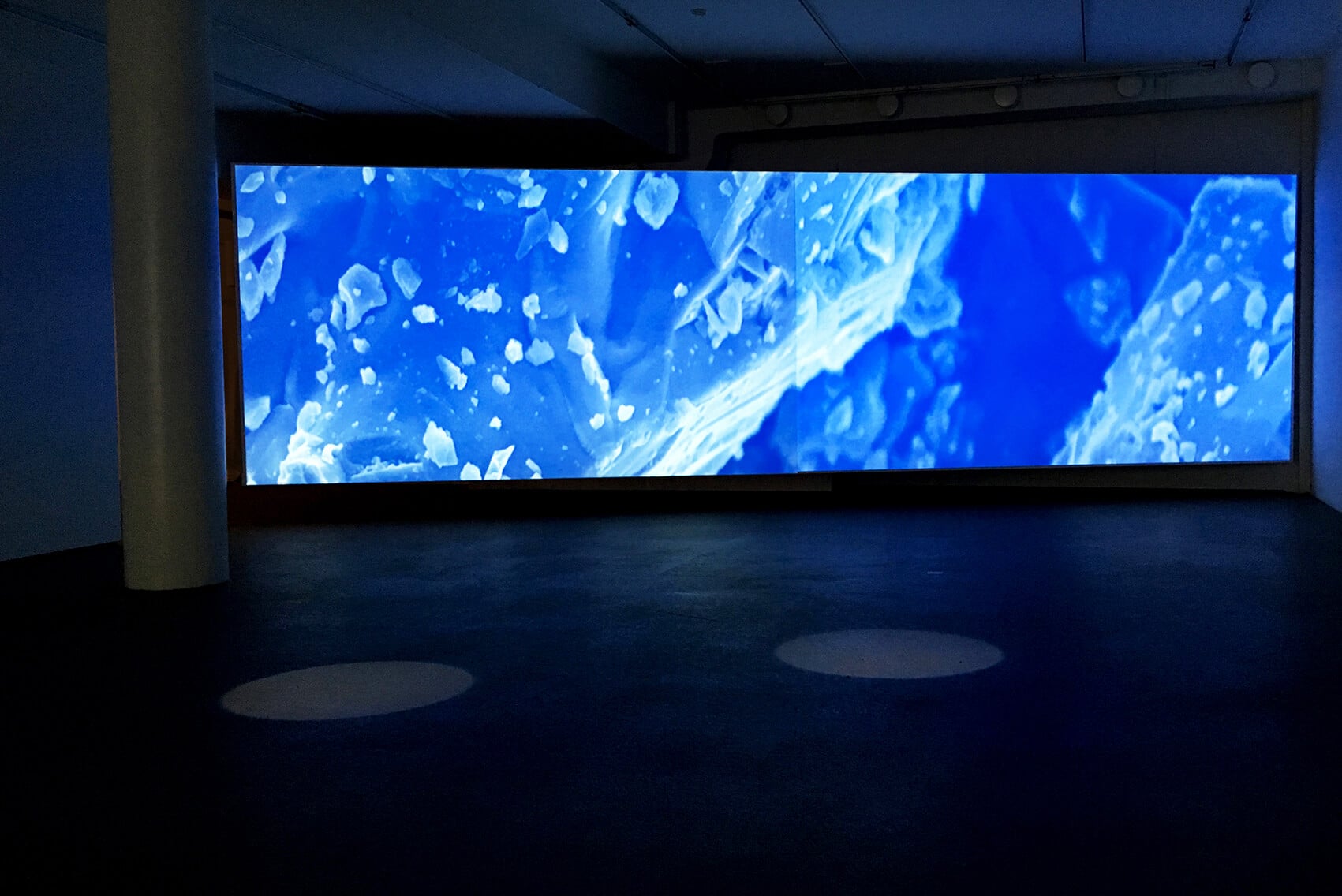 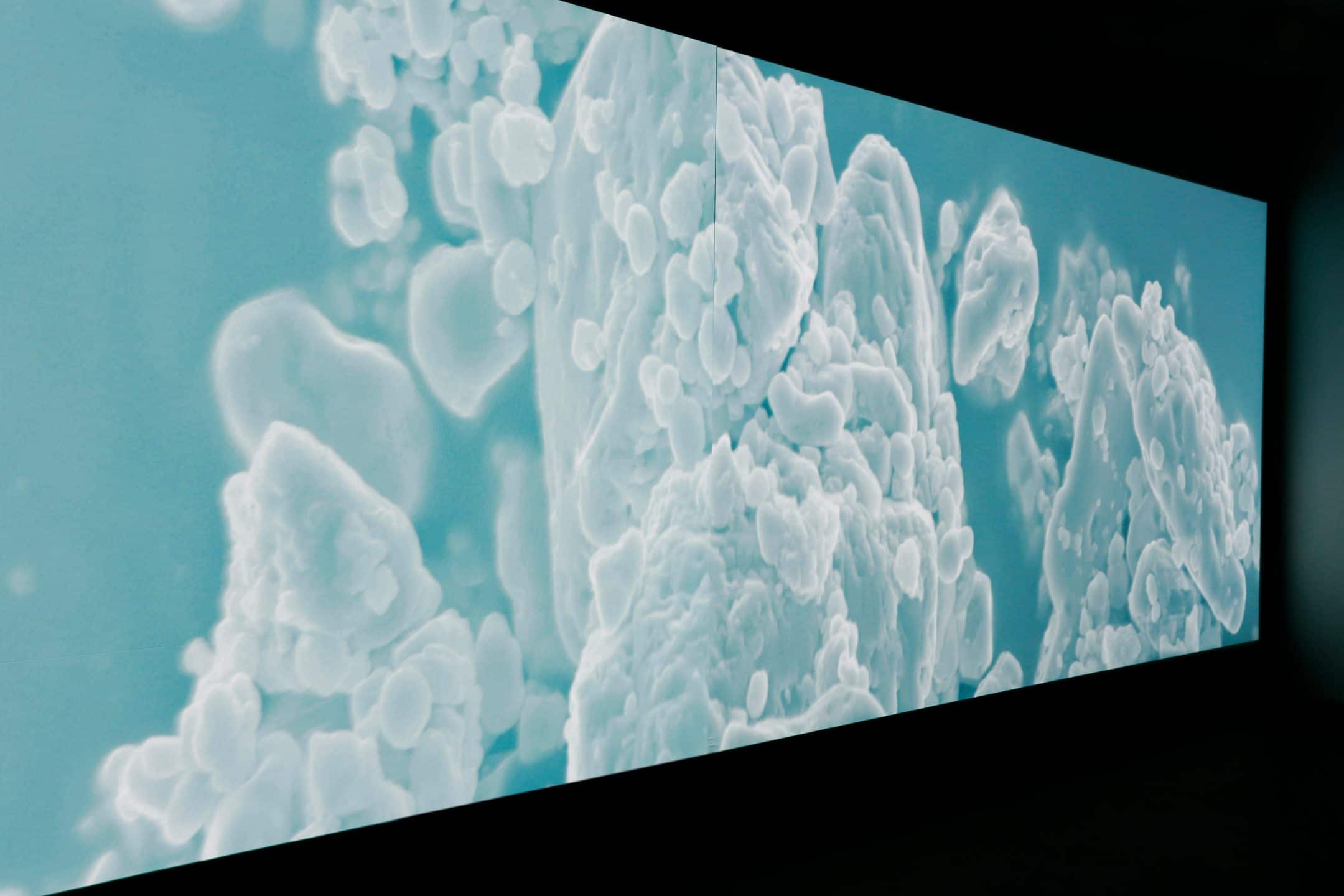 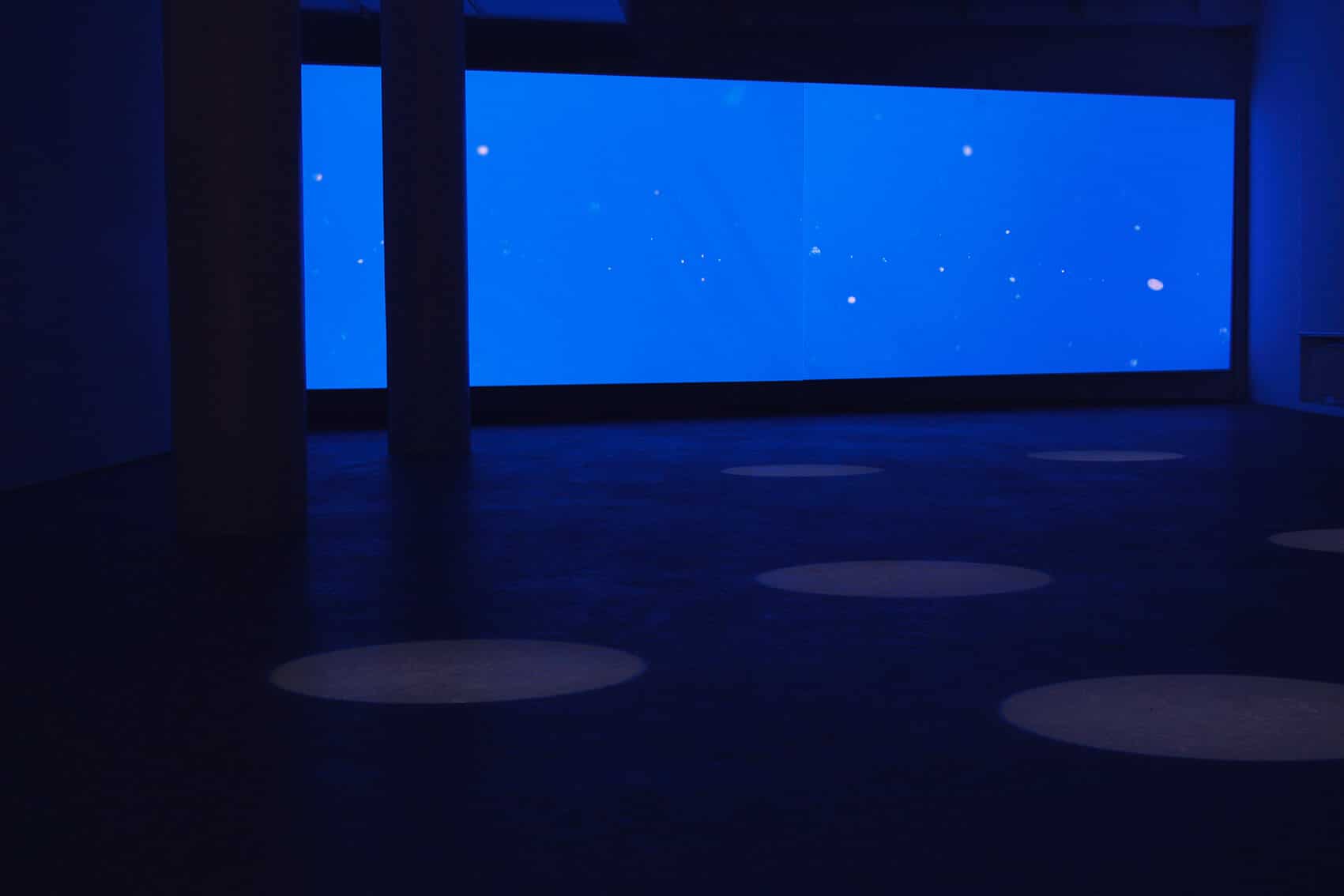 The process begins at a distance, somewhere behind everything, in deep time. Everything before us is influenced by forces so far behind us as to be incomparable. Where are we now, where is this movement taking us, how may we plot the course? Our present is a ripple from the deep past, that moves onward still.

Precession (screensaver) challenges the notions of energy, time and scale, as well as reconsiders the dynamics of passivity through the use of interactive technology, that simultaneously creates the work and shared experience. This touches upon on the very origins of creativity and inspiration. The work emerges from both the material science of colour and the orbital changes of Earth – between micro and macro time. It also questions how we perceive and represent our current location and position, and the inconsistencies of this process, as seen through the mythology of the sky.

Precession (screensaver) is an interactive, site-specific installation that follows the constellation and astromythology of Lyra. Its six brightest stars are projected on the floor of the gallery according to their current positions in the sky. These astronomical coordinates define the interactive points that activate the audio-visual material. The presence and movement of the audience live-edits the appearance of the work moment-by-moment with sensor technology. The work is continuous. When no-one occupies the space, a meditative screensaver loops in the space 24/7 until interrupted.

The perplexing landscapes inside colour emerge one after another, the sounds in the space accumulate and deepen in pitch until the moment where they become completely inaudible. The microscopic imagery was gathered through research into the internal structure of colour pigments. Through 40 000x magnification into the chemical compound, it is possible to see the physicality of colour, its material composition. The soundscape has been translated from the electromagnetic radiation of stars and planets into sound waves and is determined by the ongoing choreography of the audience.

The term ‘precession’ is defined as the change in orientation of the Earth’s rotational axis. The orbits of other planets hundreds of millions of kilometres away cause cyclical variations in the solar system’s geometry and thus produce alterations in the amount of solar energy, influencing long-term weather patterns and climatic conditions. Another consequence of precession is a change in pole star. As the Earth experiences a gradual shift in its axial rotation, in the remote future (it takes approximately 25,772 years to complete its circuit) the brilliant Vega in the Lyra constellation will be the North Star, replacing the present-day north star Polaris. Etymologically, the term relates to motion and process.

In moments of ‘inactivity’ a screensaver fills the projection space with shifting images and patterns. Historically, the screensaver was designed to save phosphor in monitors. A screensaver in a gallery also manifests a moment of break, it can also radically speak about the ‘dynamic passivity’ of the work. An event of pause is not only about saving energy, because this kind of ‘event of nothing’ can also be a productive state of being. The work in its emergence becomes an expression of possibility. Being a screensaver and relying on an on/off logic, the work resists the efficiency of linear time, denies the limited productivity of a dictated outcome.

The work also opens onto the philosophical and mythological connections between the constellation of Lyra and the lyre of Orpheus, believed by the Ancient Greeks to be eternalised in the stars. The tragic myth of Orpheus and his love for Eurydice unfolds the sources of creativity. The story, open to interpretation over the centuries, can serve a starting point for reconsidering what is the true origin of inspiration. As Orpheus descends into the Underworld to rescue his lover, he is warned not to glance back whilst she is still in the darkness, his uncertainty gets the better of him, and for that one moment, he would lose her forever.

Orpheus was required to trust in an unseen, but when one cannot trust what lies before them, there is no choice but to encounter its absence, and to create from this very emptiness. In Precession (screensaver) the audience is confronted with this absence, and so become active authors in the making and unmaking of the work. The moment of inspiration does not emerge from what is known, but from unknowing itself.

Precession (screensaver) has been exhibited as part of Material Thought (2017) at Varbergs Konsthall curated by Kati Kivinen, and at Tribute climate festival in Berlin (2016)

Microscopic research in collaboration with Department of Materials, Imperial College of London 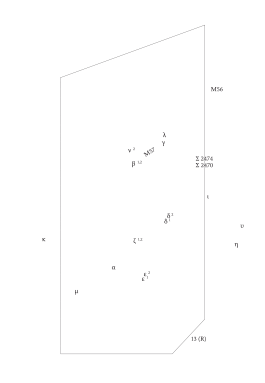